The Go Ro Festival was organized at the Vietnam National Village for Ethnic Culture and Tourism in Hanoi on Sunday, reviving the traditional rituals, customs, and cultural values of the Kho Mu ethnic group of Tuong Duong District in north-central Nghe An Province.

The festival is part of activities themed ‘Welcoming Spring to the Highlands’ taking place at the Hanoi-based village.

According to Kho Mu people’s tradition, their new year is often celebrated on a beautiful, good day at the end of the 11th lunar month of the year.

“Their offerings on this occasion include multiple things, with two pots of Can wine [a typical drink for special celebrations or ceremonies such as weddings, festivals, or harvest feasts in several Vietnamese highland regions] and two chickens being the most important ones,” said Lu Van Quang, chief of Xap Kha Village in Yen Hoa Commune, Tuong Duong District.

In addition, Kho Mu people also practice a number of traditional rituals, including chicken neck cuts, smearing the chicken blood on people's knees and offering cassava and sweet potatoes, in order to wish for health and happiness.

“This is the first time that I’ve participated in the traditional new year celebrations of the Kho Mu people," said Pham Van Mung, a visitor from Hanoi.

"I’m interested in the ritual of smearing chicken blood on the knees of villagers."

Following Sunday’s festival, traditional cultural practices by Muong, Thai, Dao, and Mong ethnic people will also be introduced to visitors on the occasion in the upcoming days.

In addition, a program of making banh chung (square glutinous rice cake) for people in need is set to take place at the Vietnam National Village for Ethnic Culture and Tourism from January 29 to February 1. 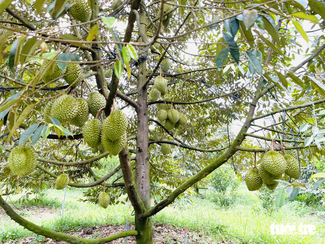 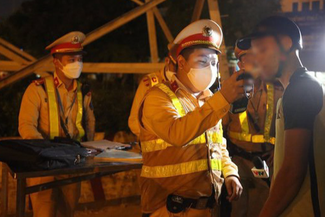 Among the total casualties, 10 deaths and 13 injuries were recorded in 18 accidents that happened on Monday, the fourth day of the Tet break and the second day of the Lunar New Year