The U.S. Embassy in Hanoi is calling for entries for a photography contest celebrating Vietnamese heritage.

Titled 'Celebrate Our Heritage,' the contest is aimed at encouraging young people to pay more attention and to take action to protect the cultural heritage of their nation.

Sponsored by the U.S. Department of State, the U.S. Ambassadors Fund for Cultural Preservation, and the U.S. Embassy Hanoi, the competition is open to amateur Vietnamese photographers living in Vietnam, aged 15 to 35.

Parental or legal guardian consent is required for individuals under the age of 18.

According to the organizers, since 2001, the U.S. has sponsored 16 Ambassadors Fund Cultural Preservation (AFCP) projects totaling over US$1.2 million to preserve cultural heritage across Vietnam.

The 2022 Celebrate Our Heritage entries should be relevant to the role of young people in preserving cultural heritage, the beauty or importance of the specific heritage preserved under the AFCP program, and important heritage sites where future preservation efforts should be focused.

Entries should be submitted no later than 11:59 pm on September 30.

Judging period is from October 1, with the winning entry announcement and awards ceremony being held on October 18.

Each individual applicant may submit a maximum of three photos. A submission must be an original photograph, digital or analog, taken by the contestant.

Photo submissions must be in jpeg format, five megabytes or smaller, but photo size must be no smaller than 2048 pixels.

Submissions should not have any visible watermarks, signatures, or personally identifiable information.

The winner of the grand prize will receive a GoPro Hero 9 camera and a certificate from the U.S. Embassy.

More details and submission information can be found on the website and the U.S. Embassy in Hanoi’s Facebook page.

'There are many who oppose the project, so we will likely stop construction' 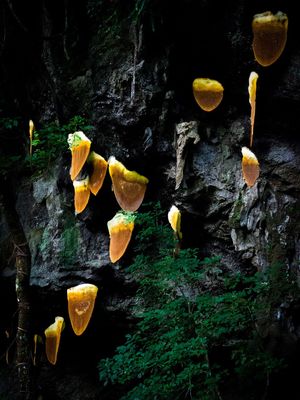