Sixteen-year-old Kabi Aisha, one of the 180 passengers aboard the flight, told Tuoi Tre (Youth) newspaper that, “We celebrated New Year’s Eve aboard and arrived in your country on the first day of the new year. I will definitely go to local beaches since they are truly beautiful.”

“Ringing in the new year in Vietnam should be an interesting experience,” she said.

"After eating dinner at the hotel, my family and I will go for a walk."

39-year-old Askarkyzy Maira, Kabi Aisha’s mother, told reporters that her family plans to stay in Khanh Hoa for quite a while because they want to experience Vietnam.

Do Thi Hang, director of Hanoi-based tour operator Amega Travel, shared that the flight from Kazakhstan on New Year’s Eve was co-arranged by Amega Travel and the local tourism authority.

"We’re operating two weekly flights and will increase that to three flights weekly on larger aircraft by April of this year.

“We also hope Vietnam and Russia will take more measures to tap the growth potential of the Russian market.

"The Russian demand to visit Vietnam has risen sharply, but there is still a limited number of flights, and many tourists have a stopover in Kazakhstan on the way to Vietnam,” Hang added.

The coastal city of Nha Trang served the first international visitors of the new year from Seoul, South Korea. 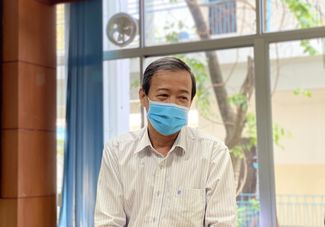 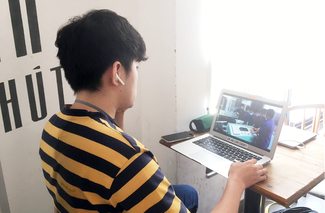 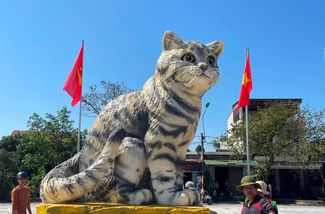 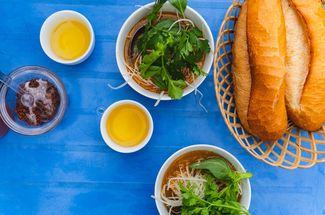 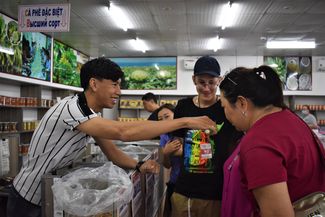 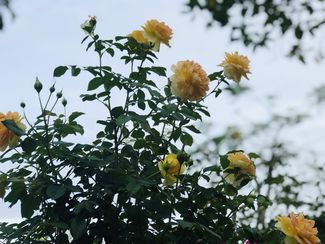 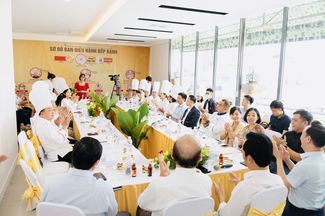