A woman in Ho Chi Minh City is making waves in the city’s street food scene thanks to a unique version of pig blood pudding she has been serving up for the past six years.

The 'thang co' she tried in Sa Pa inspired Hoa to put her own spin on the dish by making a version from pig organs.

The bowl is filled with a broth made from pig’s bone and topped with spring onion.

A loaf of bread and plate of herbs and a small bowl of chili, lime, and fish sauce is served on the side.

According to Hoa, the trickiest part of preparing huyet chung is cleaning the organs and making sure they meet her strict hygiene and food safety standards.

“It’s difficult and time-consuming to clean the organs,” Hoa said.

“The small intestine and stomach require more time to clean than everything else and it can be difficult to cook so that they are neither too chewy nor too soft.

“I have my own way of removing the smell from the organs.

“Due to the amount of time it takes to process the ingredients, I’m only able to keep my stall open from 11:00 am until the evening.”

According to Hoa, the steamed blood pudding and flavorful broth is what makes her dish different from other popular street eats.

To cook the blood pudding, Hoa steams massive bowls of blood pudding in a high-pressure cooker for five to six hours in order to ensure it is safe to eat.

She also cooks the broth for five to six hours.

Huy Tuan, a resident of Tan Binh District, has been a regular customer at Hoa’s stall since she first opened her business.

“I tried some other places, but Hoa’s is the cleanest and most delicious,” he said.

“Her stall is always crowded,” he added.

Huyen Anh, a resident from District 7, has only visited Hoa’s stall once, but she loves it so much.

“I love to eat pig organs. Normally I go for a bowl of chao long (intestine porridge) but I decided to give this a try reading about it,” Anh said.

“The hot broth and juicy, soft blood pudding topped with pig organs is a great combination.” 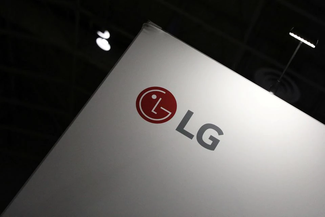 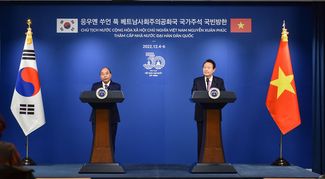