A Ho Chi Minh University of Architecture alumna is drawing attention on social media for her board game project based on Vietnam's traditional clothes.

On the heels of her interest in traditional costumes, Tran Thi Thanh Phuong, a former industrial design major at the Ho Chi Minh University of Architecture, built her thesis on the theme of traditional Vietnamese costumes to create the board game Co Ao Viet.

She visited ao dai (long gown) museums and collected materials from books, newspapers, and artworks, as well as conducting extensive research online for the most recent updates.

"I'm also a big fan of board games," Phuong said of her idea for a graduation project.

"I wish to promote and honor the history of the ao dai, particularly by reaching out to young audiences and educating them about this garment.

"As a result, for my final project as a student, I want to try to build a board game that is both amusing and educational."

Phuong scrutinized every element of each chess piece, including the materials, colors, textures, and hair braiding, in the hope that each chess piece would represent a key milestone in the ao dai's evolution.

Famous landmarks in Ho Chi Minh City, such as Notre-Dame Cathedral Basilica of Saigon, Nha Rong Wharf, Municipal Theater, Bitexco Financial Tower, and others, were included in Phuong's board game.

However, the process of turning ideas on paper into real items was lengthy, prompting Phuong to change and remove some features.

"Because some workshops didn't accept small quantities, I had to divide the chess set into several parts and find a variety of workshops to process them," Phuong explained.

"Fortunately, I completed it on time."

This project also placed in the Top 25+5 of the Design By Vietnam contest, which was held in conjunction with Vietnam Design Week 2021, with the theme of Awakening Traditions.

When the effort was spotted and enthusiastically accepted by the Internet community, Phuong expressed her joy and pride that her initial goal had been partially achieved.

In the future, Phuong wants to develop more versions of the chess set, such as ones featuring famous landmarks from Hue or Hanoi.

"I hope to create more interesting combinations of board games and Vietnamese culture in the coming time." 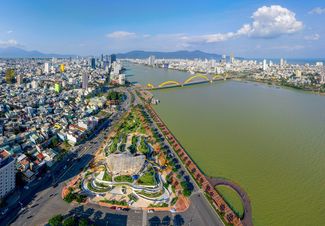 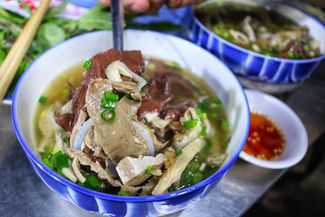 Dogs have been a divisive topic in South Africa

The thought of sharing an ice cream cone with a stranger can trigger feelings of disgust -- however that's often not the case with someone close to us, such as a romantic partner or child

U.S. charges man with human smuggling after 4 freeze to death near Canada border

U.S. authorities on Thursday charged a man with human smuggling of Indian nationals from Canada