Da Nang has been a symbol of urban development in Vietnam since leaving Quang Nam – Da Nang Province to become a separate municipality over two decades ago.

On January 1, 2022, Da Nang officially marked 25 years since it separated from the former Quang Nam – Da Nang province on January 1, 1997 to form a municipality under the authority of the central government.

Several temporary dwellings were then constructed along the riverbank on the east side of the Han River – in what is now Son Tra and Ngu Hanh Son Districts – with substandard living conditions.

Because the Nguyen Van Troi - Tran Thi Ly Bridge was the only means to cross the Han River at the time, Da Nang officials were committed to expanding the area by building further bridges to connect both sides of the waterway.

The Han River Bridge opened to traffic in 2000; the Thuan Phuoc Bridge, Vietnam's longest and most modern suspension bridge, was inaugurated in 2009; and the Dragon Bridge and the Tran Thi Ly Bridge, both opened in 2013, have become architectural landmarks.

Since developing its coastline, Da Nang has grown in popularity to become one of the country’s top tourism hubs, thanks to beautiful beaches and the mushrooming of luxury resorts.

This achievement has been possible owing to agreement from over 120,000 households in the city, accounting for about half the local population, to relieve land tenure. 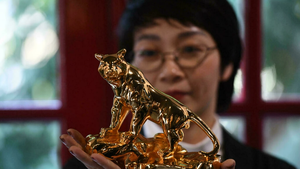 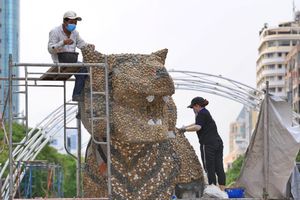