Visitors to Ho Chi Minh City should make sure they will not miss out on seven must-visit banh mi stores, which have been around for ages and still appeal to many customers.

Banh mi was added to the Oxford English Dictionary in 2011, defined as “a sandwich consisting of a baguette (traditionally baked with both rice and wheat flour) filled with a variety of ingredients, typically including meat, pickled vegetables, and chilli.”

A number of banh mi varieties now exist across Vietnam, many of which are far more appetizing than the basic one.

In Ho Chi Minh City in particular, the seven locations listed below sell the unique banh mi varieties that can perk up even the most jaded palate.

Banh mi thit, literally banh mi with meat, has been around for some 150 years, ever since the French introduced their famous baguette to Vietnam.

The most common banh mi thit in Vietnam are those filled with ham.

Nhu Lan is one of the most popular sellers of banh mi with ham in Ho Chi Minh City.

Established nearly 50 years ago, Nhu Lan is only one of the few stores that still make their own ham, instead of sourcing it from suppliers.

Literally translated as banh mi with a pan, the hero of the dish is in fact a pan full of mouthwatering stuff, including ham, one or more sunny-side up eggs, onions, pepper and some chili sauce to keep all ingredients warm, all served with banh mi.

One can either place all of the ingredients in the pan in their baguette or tear their baguette into smaller pieces and dip them in the sunny-side up eggs.

Nguyen Sinh was established in Hanoi in 1942, and was later introduced to Saigon as a luxurious way of eating for officials during French colonial times.

Located at the entrance to Alley 37 Nguyen Trai Street, District 1, a stand selling banh mi served with thit nuong (grilled pork) is known for their flavoring and special sauce poured over the meat.

This small banh mi stall has been known to many foreigners so at late hours one can easily see both foreign customers and Vietnamese ones lining up for a tasty banh mi portion with grilled pork.

Located at 26 Le Thi Rieng Street in District 1, Banh Mi Huynh Hoa is one of the most popular banh mi places in Ho Chi Minh City for its enormous number of fillings consisting of ham, cooked meat, mayonnaise, pâté, cucumbers, and scallions.

Before being served, the baguette is reheated in an oven for a crusty outer part.

According to an employee there, to keep the crust crunchy for longer, pâté should be placed on ham instead of spread directly on the baguette.

Near Phu Nhuan Intersection in Phu Nhuan District, Banh Mi Hong Hoa, not to be confused with Banh Minh Huynh Hoa, has been serving customers in Ho Chi Minh City for over 30 years.

The store, more commonly known as Banh Mi 110 today, is most famed for having all the ingredients made by its owner.

The banh mi here is filled with ham, sausages, pâté, boiled pork, and a special egg sauce that is only made of egg yolks and cooking oil.

Banh mi pha lau, or banh mi with braised pork offal, is a challenging dish to those who are not familiar with eating pig offal.

But to those who are into the inside parts of an animal, banh mi pha lau is a great choice.

Pha Lau Tam Ky at 823 Nguyen Trai Street, District 5 is one of the most famous places for this kind of banh mi. 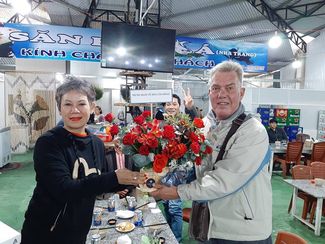 One hell of a great ride in Vietnam

My haul from Vietnam can't be measured or quantified, but if it could it would be a mountain of indelible memories. 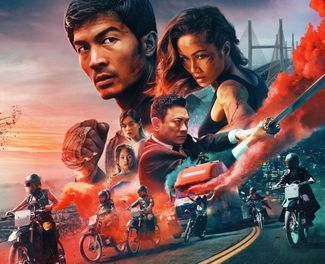 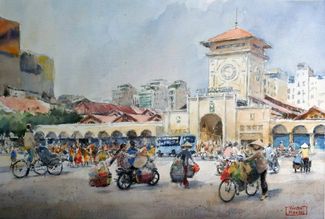 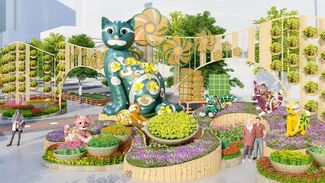 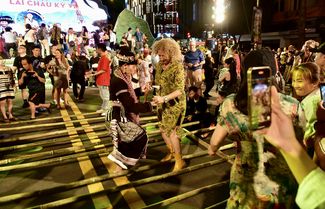