A commercial entitled ‘Why not Vietnam?’ that aims to stimulate tourism demand in the post-pandemic period has been broadcast on CNN Asia from Thursday.

The advertisement is the result of the cooperation between the Vietnam National Administration of Tourism (VNAT) and the American TV channel.

The video will be aired on CNN Asia for the next six weeks, during the highly-anticipated U.S. presidential campaign, to attract large numbers of viewers, as per the channel’s suggestion.

The Asia-Pacific edition of CNN, but no other channel, was chosen for the advertisement project to directly target the Northeast Asian market, the VNAT explained.

Video 'Why not Vietnam?'

Within 30 seconds, the video shows many beautiful landscapes and attractions across Vietnam, including the ancient Hue Imperial Citadel in the central province of Thua Thien-Hue, tropical forests, blue beaches, majestic mountains in the northern province of Ninh Binh, and rivers in the Mekong Delta, together with delicious Vietnamese cuisines, from street food and signature home-cooked dishes to specialties in the north.

The 'safe' factor was also highlighted in the promotional clip.

The commercial ends with the invitation “When you’re ready to travel again, why not Vietnam?”

In addition to the 'Why not Vietnam?' campaign, activities to stimulate domestic demand will continue to be implemented by the VNAT in the fourth quarter of 2020 and the first quarter of 2021.

Below are scenes captured from the 'Why not Vietnam?' commercial.

After discovering the beauty of eggshell art on Facebook, a young man in Nam Tu Liem District, Hanoi, has created his own eggshell designs ever since. 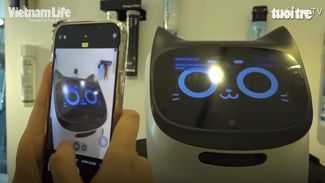 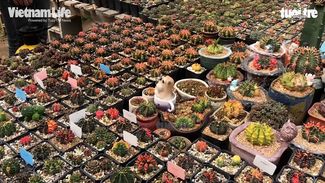 Officers confiscated about 596 kilograms of heroin and 2.4 metric tons of synthetic drugs

The hub is the fourth of its kind in the world

Heavy rains that triggered floods and landslides in central Vietnam have left at least 18 people missing, some feared dead 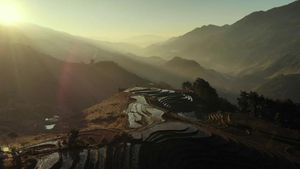 Check out this video of Vietnam’s unmatched landscapes

The two-minute video clip takes the audience on a journey to discover and experience Vietnam’s culture, nature, and landscapes

Many are surprised that creepy crawly sand worms can pack such bold, unique flavors

A coffee shop in District 7, Ho Chi Minh City has begun serving coffee with the help of a cute robot named Bella in order to resolve issues such as human interaction, time, and labor.

Tran Hong Thao, a 29-year-old woman, owns this colorful cactus and succulent garden in Binh Thuy District, Can Tho City, Vietnam, which is home to over 50,000 plants.