Foreign diplomatic missions in Vietnam are expected to gather at a special gala co-hosted by Tuoi Tre (Youth) newspaper and the Ministry of Foreign Affairs in honor of Vietnam’s annual Day of Pho on December 12.

As one of many events celebrating the fourth annual Day of Pho this year, there will be an exclusive event for diplomats at which renowned pho chefs will tell stories of the history of the beef noodle soup and its important role in Vietnamese cuisine.

Sharing his appreciation for Tuoi Tre’s efforts in honoring the dish, Deputy Minister of Foreign Affairs Nguyen Quoc Dung on Thursday told the newspaper that the ministry would join hands in holding the 2020 Day of Pho.

“We have hosted food expos in and outside Vietnam several times, but none have been as popular as the Day of Pho,” said Dung.

“We expect that the collaboration will achieve breakthroughs and pave the way to further efforts to promote Vietnamese culture."

Trung shared his hopes of bringing the newspaper closer to readers who seek more comprehensive insights about Vietnam.

“The Day of Pho not only offers an opportunity to honor a certain dish but also Vietnamese rice and other agricultural products," he said.

"It sets a foundation for us to start thinking about exporting Vietnam’s delicacies to the global market and raise product value."

Also at the event, Deputy Minister Dung handed over a certificate of merit granted by the minister of foreign affairs to Tuoi Tre for its excellent contributions and achievements in external information services. 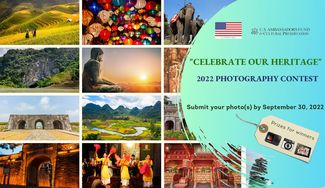