Countryside life with rice farming and buffaloes will be the main features of Nguyen Hue Flower Street, an annual event held in Ho Chi Minh City to celebrate Vietnam’s Lunar New Year, or Tet, this year, according to the newly-unveiled draft design.

Every year, the famous Nguyen Hue Pedestrian Street in District 1 is transformed into a flower street in celebration of the Lunar New Year festival, which is due around mid-February.

This year, the 18th edition of the event since its birth in 2004 will open to visitors from February 9 to 15.

The flower way is expected to stretch 720 meters down Nguyen Hue Pedestrian Street and be divided into two sections with 13 different big and small scenes, which are to be decorated in organic design and architecture to convey the message of environment-friendliness.

As the 2021 Lunar New Year ushers in the Year of the Buffalo, the vast majority of the upcoming event’s concepts and decorations will pay homage to the zodiacal animal, with 26 mascots set up along the flower street.

Particularly, the entrance will feature a family of movable buffaloes.

Small scenes vividly depicting the relationship between the farmer and the faithful animal, which is considered a companion of farmers all year round in the field, will stretch over an area of 415 square meters in the second section.

Especially, the colorful picture of the 2021 Nguyen Hue Flower Street will also be adorned with flowers arranged by representatives of ten foreign consulates in the city in harmony with more than 130 types of flowers and leaves, promising to bring new experiences to local residents, domestic and foreign tourists.

A big scene resembling a smart city will be set up using environment-friendly materials at the end of the flower street, depicting the dynamism, creativity, and development of Ho Chi Minh City.

Work on decorating the street will take place from January 25 to February 9, according to the organizing board. 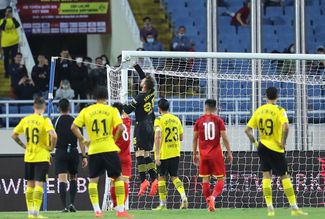 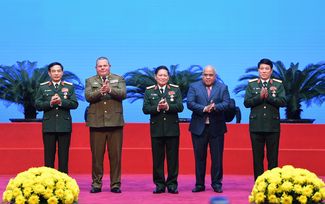