Nowhere else in Vietnam serves up leftovers like Hue – the country’s ancient capital – where yesterday’s rice is the hottest item on the menu.

In Hue’s city center, where tourists abound, bun bo Hue – a beef and vermicelli soup famous in the ancient capital – may be the most popular dish at local street stalls.

But walk just a few minutes from the city’s famous and attractions and visitors will find themselves immersed in a culinary world centered around a rather peculiar ingredient: leftover rice, known in Vietnamese as com nguoi.

For day laborers, the leftover rice served with bun bo Hue is integral, giving them the extra energy they need to work from dawn till noon.

Arguably, Hue is a city which runs on yesterday’s rice.

The close observer will notice that most of the bun bo stalls there have a lunchbox sitting near the service area.

Inside the lunchbox is the stall owner’s leftover rice, an ingredient that many locals agree is necessary in order to enjoy bun bo in true Hue fashion.

Cultural researcher Tran Dinh Son said serving leftover rice with bun bo dates back to the 1950s and 1960s when vendors, after running out of fresh vermicelli, would wander around the city selling their leftover ingredients – chopped pig's feet, cooked beef, pig blood curd, and meatballs – to those who would have them with leftover rice.

Com va or ‘slurping rice’ is another traditional dish in Hue which has not yet made it on tourists' radar screen.

Long ago, the people of Hue enjoyed leftover rice in a variety of ways, including by munching on it with shrimp paste and fresh chili, or topping it with fat, shrimp sauce, and hot pepper flakes.

According to many mam tom chua enthusiasts, the dish must be prepared with leftover rice rather than glutinous rice in order to embody the true Hue spirit.

It would not be right to talk about leftover rice without mentioning com hen or baby mussel rice.

Hoang Tung De – a cousin of Vietnam’s last emperor Bao Dai – loved eating at street stalls outside of the citadel despite knowing it might ruin his royal status, according to cultural researcher Son.

When Bao Dai was asked about it, the emperor said he “would like to do the same thing but could not.”

There is no official record of whether com hen was served to royals, yet many former servants said the emperor often asked to have vendors cook the dish at the palace.

Leftover rice accounts for much of the food in com hen so it would have been carried along with the vendors in order to serve the royalty. 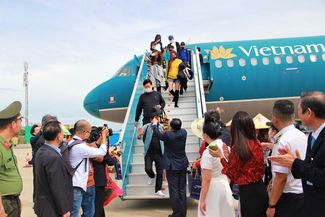 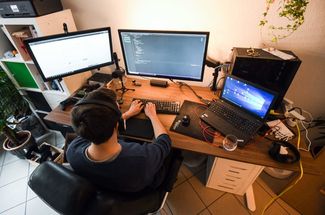 This system, with a total length of 6,800 kilometers, has been in operation since November 2009