The beaches in Ha Tinh and Quang Binh, two provinces in north-central Vietnam, are small in size compared to the better known Sam Son or Cua Lo in Thanh Hoa and Nghe An – their neighboring provinces.

Their coastline is encroached on by mountains of the majestic Truong Son Range.

Despite the dangerous terrain, local beaches embrace untouched beauties that can enchant any traveler at first sight.

The sounds of wind and rubbing leaves harmonize into a lovely melody.

Some parts of it are densely covered with coconut trees, reminding travelers of getting lost in the tropical paradises of Bali in Indonesia or Phuket in Thailand.

Here and there, shabby houses are scattered along the coastline.

Standing in front of the marvelous seascape, listening to the song of the Pacific Ocean and taking a deep breath of the sea, one might feel their sorrow and burden washed away in a moment.

At the border of Ha Tinh and Quang Binh, on the historic Ngang Pass, a traveler can see Hoanh Son Beach lying by the impenetrable jungle.

It looks best at twilight when gentle breezes blow and clouds drift along the mountains.

There are numerous no-name beaches between Ha Tinh and Quang Binh.

Each embraces the breathtaking, distinguished beauty.

Small sand coasts remain untamed, able to make any traveler experience the happiness of feeling like the first person to set eyes on it.

It is such a waste to pass through these beautiful beaches.

Instead, professional travelers will recommend setting up a camp and staying there overnight.

Nothing can compare to a night spent by a fire with good food, some cans of beers and a sky full of stars.

If one can resist the beauty of those no-name beaches, on the next journey down south, they will definitely stand in awe of Da Nhay Beach in Quang Binh Province.

A rock looks like a mother hugging her child while another resembles a sea turtle.

Da Nhay Beach is also famous as an ideal place to relax after restless working days.

Any beach along the coastline of Ha Tinh and Quang Binh has cultural heritage.

It was the journey of Vietnamese Princess Huyen Tran to the ancient country of Champa more than 700 years ago.

The tale of the princess whose marriage helped to expand the country down south is still told by local people.

In Quang Binh Province, then a border locality, she turned her head back for the last time, saying farewell to the motherland.

To remember the princess, local people named the province’s mother river as Nhat Le, meaning 'the splendor of sunlight,' which was usually used to imply the beauty of a lady.

“At first, I did not feel anything

It was just sand and inferno-like wind

The scorching monsoon then became a memory as I left

And dry sand blended into love."

Almost all these poisoning cases have recovered, with no serious complications 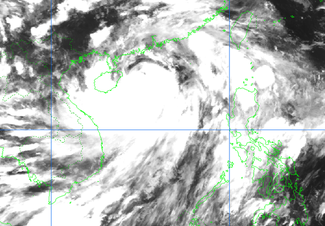