Mai Trung Thu’s 'Portrait of Mademoiselle Phuong' (Portrait of Miss Phuong) smashed the nation’s auction record with a US$3.1 million bid at the Sotheby's auction house in Hong Kong.

However, the bombshell sale was just another example of momentum started in 2017 by works of Thu’s contemporary Le Pho.

The sale was considered a cathartic experience for the domestic art scene, as it marked the first time a Vietnamese artist had hit big on the international marketplace, according to Paris-based art researcher Ngo Kim Khoi.

It also set up expectations for bigger sales of Vietnamese art in the time to come, he added.

His words proved prophetic, as the upward trajectory continued over the next few years.

In March 2019, ‘Nine Carps in the Water,’ a lacquer piece created by painter Pham Hau during his prime, went for $1 million at a Sotheby’s Hong Kong auction.

At a Christie’s event two months later, two works of preeminent Vietnamese artists both fetched over a million dollars: To Ngoc Van’s ‘Les Désabusées’ brought $1.1 million and Le Pho’s ‘Nude’ went under the hammer for $1.4 million.

Placed in the same salesroom, the two paintings show a stark juxtaposition within Vietnamese art: while ‘Les Désabusées’ depicts a Vietnamese woman in a genteel and conformist manner, 'Nude' rebels against the Confucian mindset of the times in Vietnam by illustrating a Caucasian woman, naked, abandoned, and sexually-liberated.

Fast forward to April and May this year, Vietnamese art lovers were nothing short of exuberant when three more works of domestic artists, including Mai Trung Thu’s ‘Portrait of Miss Phuong,’ Pham Hau’s ‘View of Thay Pagoda Landscape in the North of Vietnam,’ and Le Pho’s 'Young Lady Tying Her Scarf' each fetched millions of dollars from sales events.

The seven mentioned Vietnamese paintings have gathered over $10 million combined from bidding, not to mention multiple other pieces that were priced at over $500,000 each.

Many art aficionados see these achievements as pointers of a rise in the overall status of Vietnamese art in the international arena.

Nevertheless, many experts also raised concern over the sudden surge of interest in Vietnamese art.

Considering the fact that most of the buyers remain anonymous, the impressive sales may merely be indicative of a price gouging attempt from art tycoons.

Whether this bubble will burst or not remains up for debate; however, one can be sure that it has brought the spotlight back to highlight classic works of fine art from the Southeast Asian country, while also building up momentum that poises local arts for the next great opportunity. 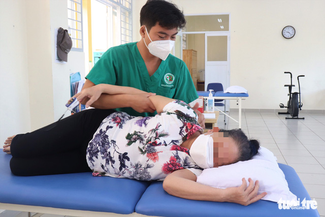 The ministry reported 256 deaths on Tuesday