As Vietnam’s Lunar New Year draws nearer, kilns in southern Binh Duong Province are working round the clock to produce buffalo-shaped pottery in honor of the New Year’s zodiac animal.

The weeks leading up to Vietnam’s Lunar New Year holiday are a busy time for the country’s artisans, with many working overtime to produce pieces honoring the New Year’s zodiac animal.

Nowhere is the holiday rush more apparent than in the pottery villages of Binh Duong Province, where thousands upon thousands of gold-plated clay buffalo are being made to celebrate 2021 – the Year of the Buffalo.

First, clay is placed in a mold where it sun-dries for an hour.

After being removed from the mold, the clay buffalo sun-dries for an additional two hours before being put in a kiln where it bakes for 10 more hours.

Afterward, the clay buffalo is shipped to a different workshop for painting.

“This year is the Year of the Buffalo so our workshop is prioritizing buffalo models," Nguyen Khai Hoang, an artisan from Thuan An City, Binh Duong Province, told Tuoi Tre (Youth) newspaper.

"We also produce lots of clay watermelons, as well as other zodiac symbols.

"We’re currently making two sizes of clay buffalo and each is either gold-plated or painted.

According to workshop owners, the main markets for these product are southern and central provinces, as well as Cambodia and Laos. 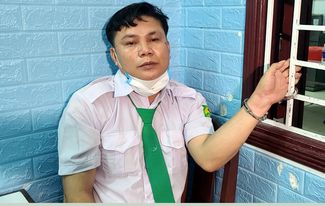 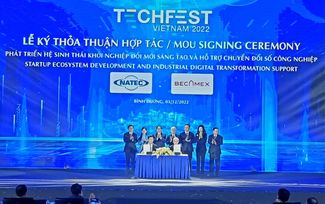