Hue City in central Vietnam is famed for its delectable and eye-catching traditional dishes, but there is one particular confection that few people have heard of: banh trai cay, which is a petit four made with mung bean paste, jelly, and food coloring.

In Vietnamese, banh trai cay (fruit-shaped cake) is a word that immediately conjures up images of fresh fruits but this confection contains no fruit.

Tuoi Tre (Youth) newspaper had the opportunity to work with culinary artist Nguyen Thi Phien and her daughter, culinary instructor Do Thi Phuong Nhi, to make the unique type of cake.

According to the artisans, a delicious and eye-catching banh trai cay necessitates a number of steps.

"Producing the filling is the most difficult part of making banh trai cay," Nhi explained.

“For over two hours, we must continuously stir the mung bean paste until it no longer sticks to our hands."

After that, each section of the puréed mung bean is quickly moulded into fruits such as custard-apples, coconuts, papayas, mangoes, star fruits, peaches, tomatoes, chili peppers, and so on, by the skilled kneading hands of artists.

If preparing the ingredients and sculpting the cake take time, adding color requires the artisan's meticulous and thorough effort.

“Each fruit has a different color, so the maker must have a lot of color-mixing methods under their belt,” artisan Phien revealed.

“The realism and vividness of the result are highly influenced by the color, water, and temperature ratio."

The finished fruit-shaped mung bean cakes have a blend of the sweetness of mung beans and the chewiness of the outer layer of jelly.

When you bite into the cake, the jelly layer breaks off and the mung bean inside gently melts in your mouth, leaving you with a fresh and refined taste. 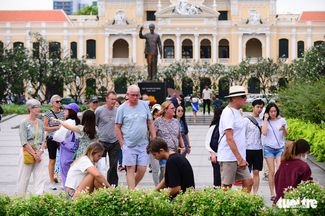 The move is aimed at attracting more international tourists to Vietnam 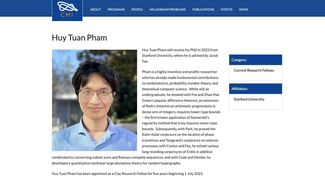