An American expat in Vietnam sparked a massive discussion on social media after posting a review of top mo (fried pork fat) in a Facebook foodie group.

Trachtenberg, a New Yorker who currently lives in Saigon, shared in his post that he sampled the dish at a local restaurant along the Nhieu Loc – Thi Nghe canal in Ho Chi Minh City’s District 1.

“Top mo are large crouton size cubes of pork skin and fat that still have a small chunk of lean bacon attached to it. This holy pork trilogy is fried until it turns golden brown and then shellacked with caramelized fish sauce, flecks of red pepper and nutty garlic chips,” Trachtenberg described in the post.

In Vietnam, top mo is usually served as a topping over noodle or stir-fried dishes, as well as on mam kho quet (Vietnamese caramelized fish sauce dip served with various boiled vegetables). It can also be served alone, as it was in Trachtenberg’s post, or packed as a snack.

According to Trachtenberg, he was first introduced to the dish by a Vietnamese friend who he calls his “food guru.”

“Honestly, my first thought was something that tastes this good should never exist,” Trachtenberg shared.

“I was shocked. It’s mind blowing when it’s mixed with fish sauce.”

Just how deep the Trachtenberg’s love for pork fat reach? Apparently quite a bit.

“I honestly can eat top mo every day. No joke, I dream about it,” he said.

“It’s just the best of all things pork in one golden nugget. I think the trick is not to make it too greasy. It has to be just right.”

Trachtenberg even seems to love excitement for top mo almost as much as he loves the dish itself.

In regards to reactions toward his social media post about the dish, he wasn’t shy in exclaiming, “I’m super proud and very excited! The best thing about Vietnam is Vietnamese people! I want to understand and digest their culture! When Vietnamese people enjoy what I do as I learn and participate in their culture, it makes me very happy!”

“I can’t get enough of snails,” he claimed.

In the post, Trachtenberg describe an outing he took with a friend to Ba Hoa Market in Tan Binh District to eat snail, for which he accrued over 1,200 “likes.”

“I’m not afraid to try any kind of food,” he explained. “I am in love with Vietnam, Vietnamese people, and their food and culture. I tell people my body is American, my soul is Southeast Asian, and my heart is Vietnamese.”

Trachtenberg also noted that he tries to document nearly everything he does and like to “show people around the world Vietnamese foods.”

“Vietnamese noodles are incredible,” he said. “There’s always a lot going on with mouth feel, like the rice crackers in mi Quang or the greens that accompany everything. The truth is I put on 50 pounds in two years eating Vietnamese food.” 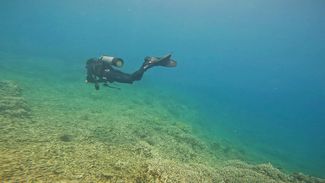 Police are probing the accusation